Each year since Ian was born, I have been making the boys' costumes for Halloween. They're never anything amazing, necessarily, but hand made just looks a thousand times cuter, in my opinion! Last year they were wreck-it-ralph and fix it felix jr. See these posts here: Wreck-It-Ralph & Fix If Felix Jr. This year, they decided on a firefighter and dalmatian. I started making these mid September once they decided. I'm not quite done yet so watch for more photos closer to Halloween! 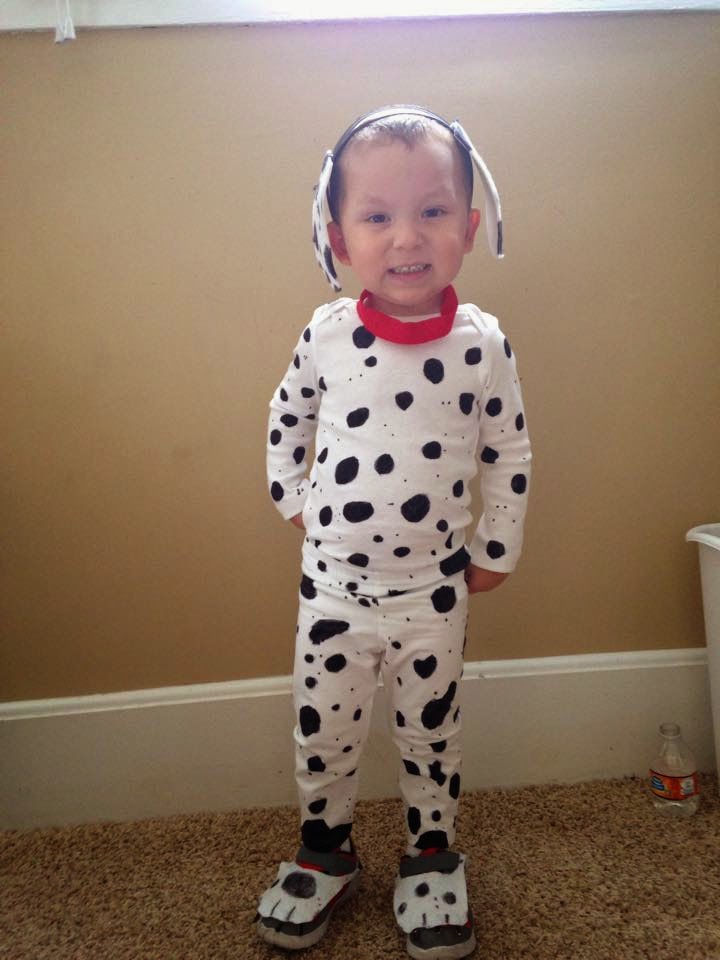 For the suit, he's just wearing a 24 month onesie and a pair of girl's 3T leggings. I colored the black dots with sharpie and fabric paint. Neither seemed to work better than the other so it's your choice. Coloring the dots is more tedious that I originally thought it would be. Looking back, paint may have been easier. For the feet I used felt. I traced his foot and cut a hole in it to go over his shoes. They move when he walks so I think before events I'll put a strip of tape underneath to hold it steady. His collar is also felt. I did it pretty loose so it wouldn't bother him and used sticky velcro so I could easily take it on and off. His ears, I used one of my headbands. They have headbands at walmart for 89 cents. I used white foam and felt. I cut the shape I wanted and hot glued them first together and then on to the band. The foam gives it a thicker, bolder appearance. 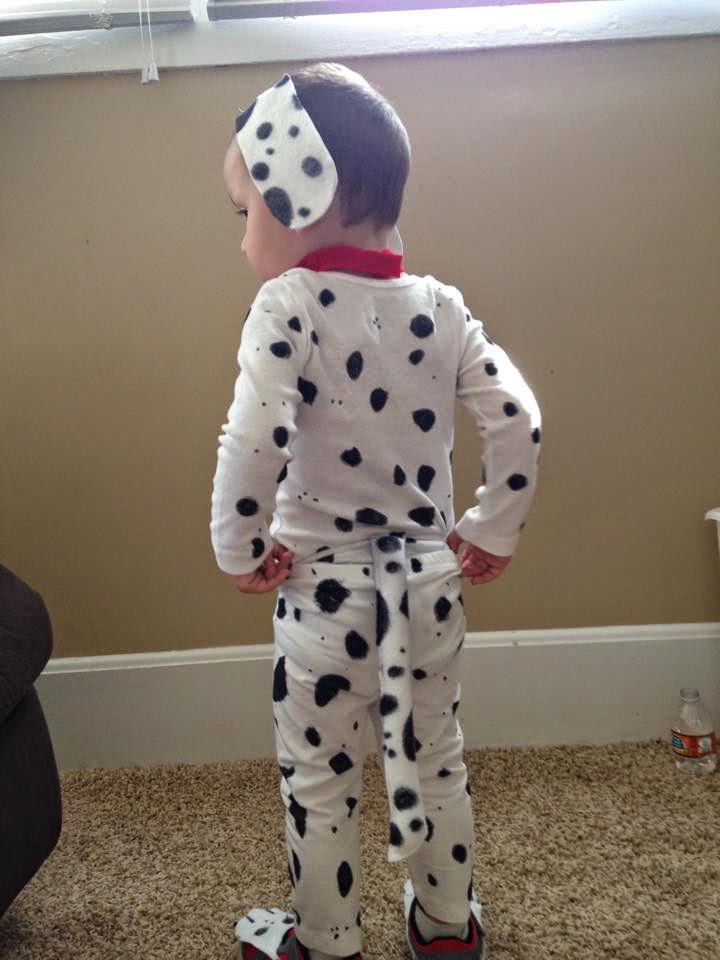 How cute is that little tail?! The tail is just a single sheet of felt cut in half. I sewed the end, stuffed it with poly filling and sewed it shut. I then sewed on a strip of elastic so he could keep it on his waist. The elastic could be easily hand sewed and the felt would have responded just fine to hot glue, if you don't have a sewing machine. 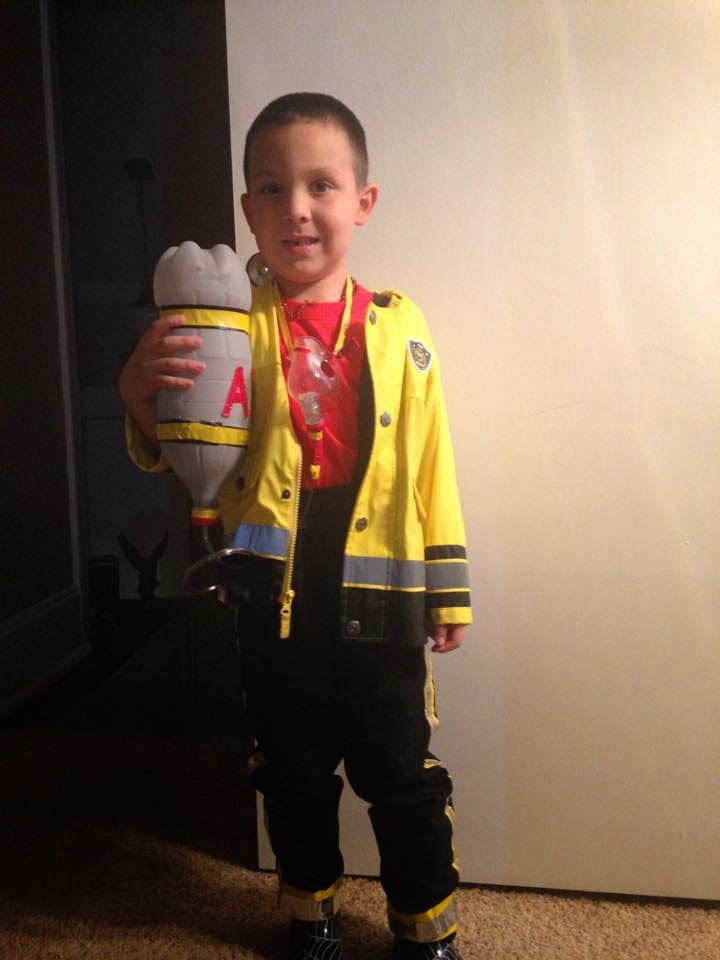 I'll definitely post more pictures as this comes together. His pants are from JC Penny. They're just regular track suit black pants. The "slicky" kind. They had a white stripe down the leg but I covered each side first in yellow duct tape, then a silver strip down the center. I did the same along the bottom. I also tacked in some "suspenders". I just used a wide black elastic. I wish I could have found red but this works just fine. His jacket and boots he already had. Before Halloween I plan to duct tape black over the boots so they appear solid color. His air tank still needs straps to be worn as a backpack. I haven't quite figured out how I'll do it yet so check back! As you can tell, the tank is just a soda bottle spray painted silver with the same tape around it. The mask and tubing we already had as my youngest son, Ian, and I both have asthma. I just added the cool tape to it to give it a color pop.

The last thing, I transformed our family wagon into a fire truck! This was FUN! Check this thing out! My favorite part is that the lights work! Also, I'm planning some lettering on the wagon with some logos. Keep an eye out for updated pictures on Halloween! 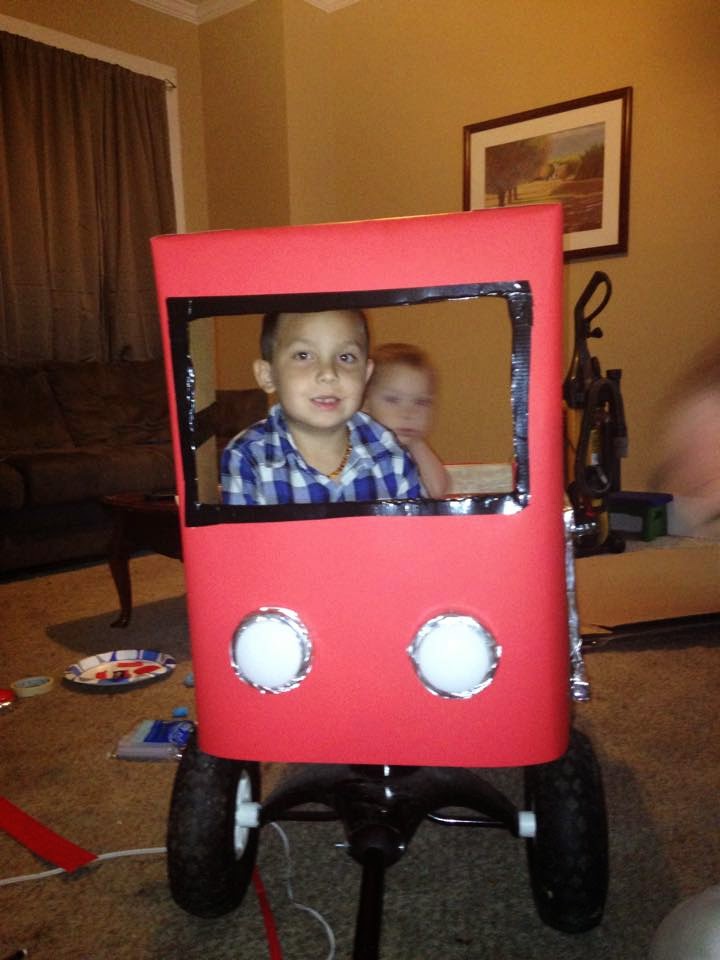 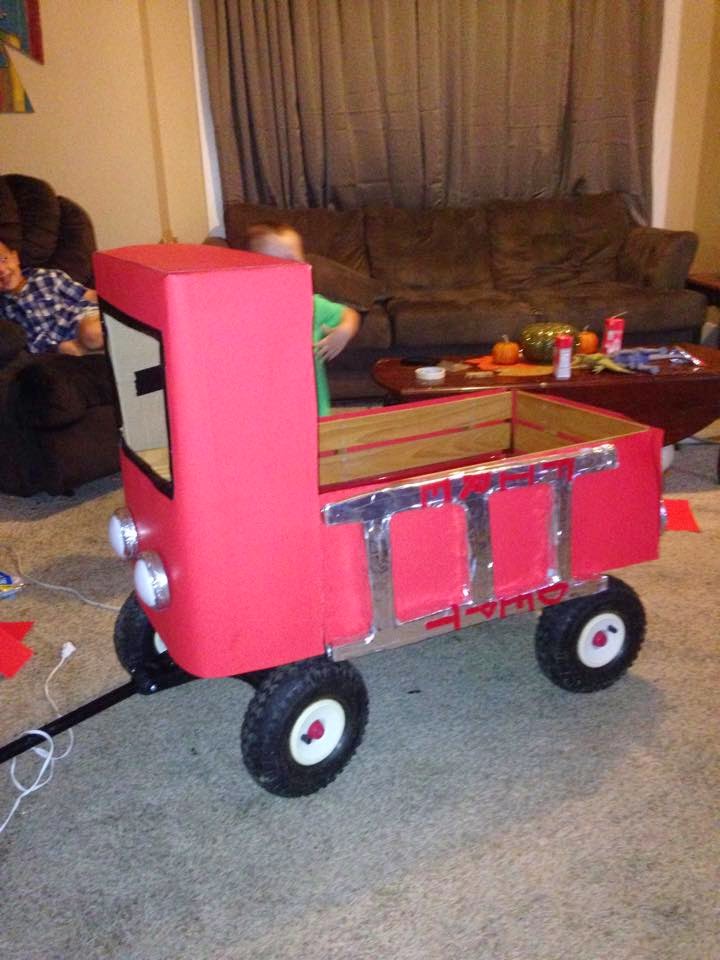 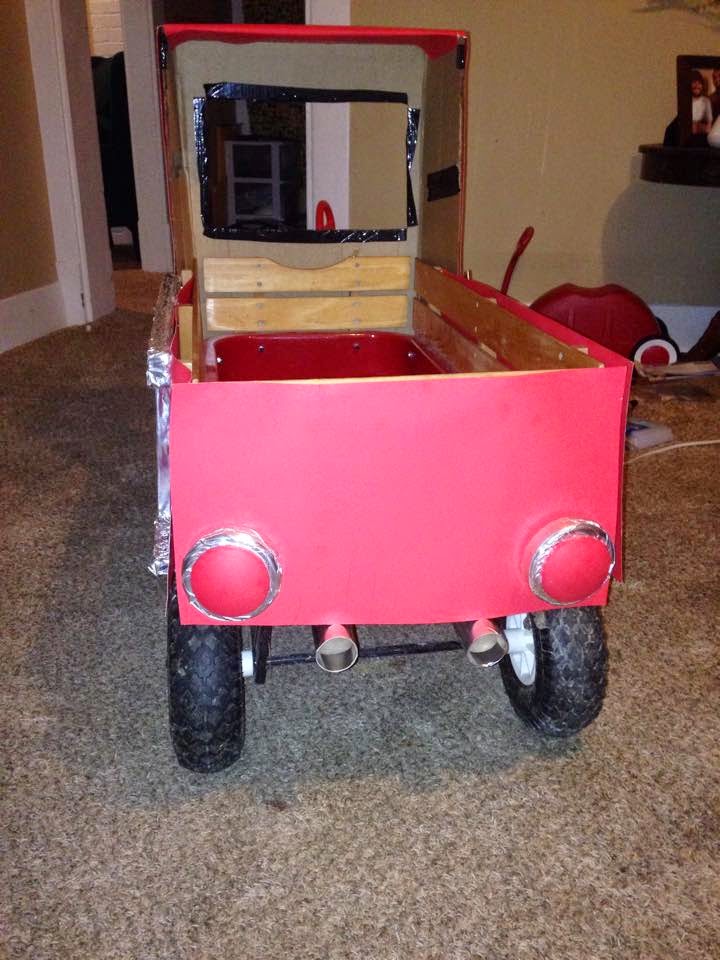 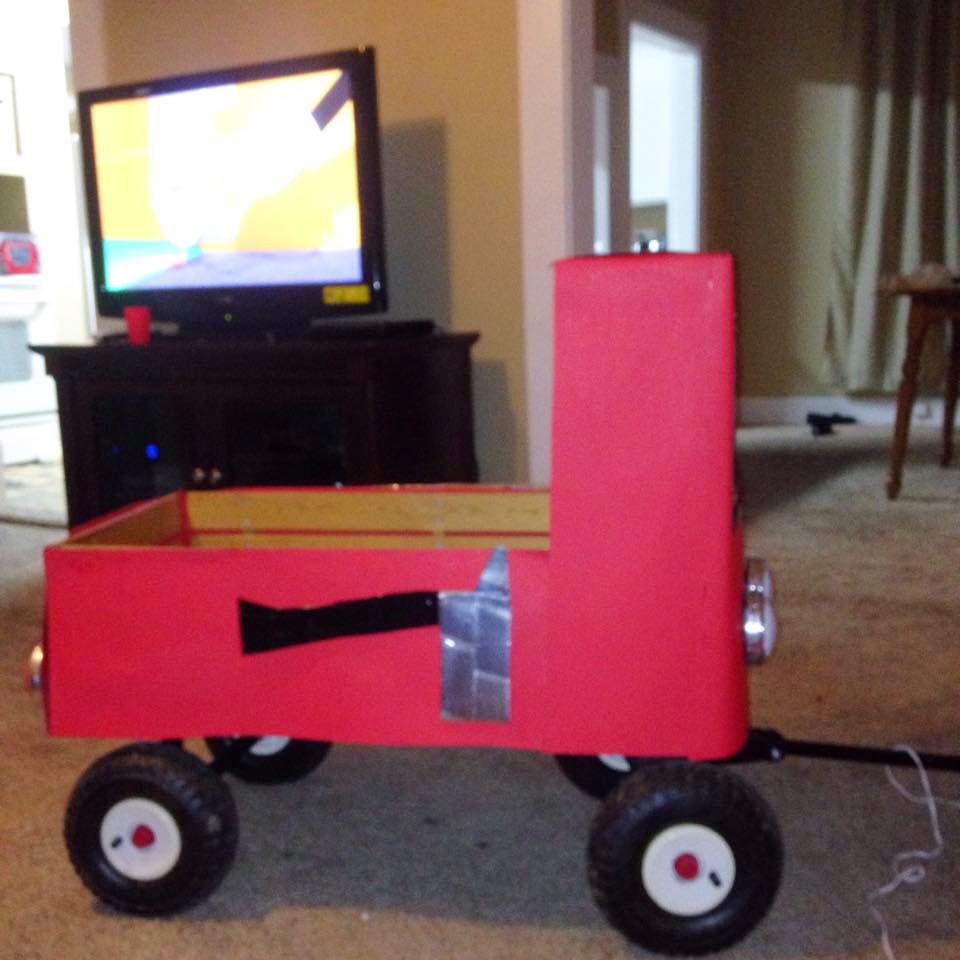 Posted by Hollidy Magadan at 1:46 PM